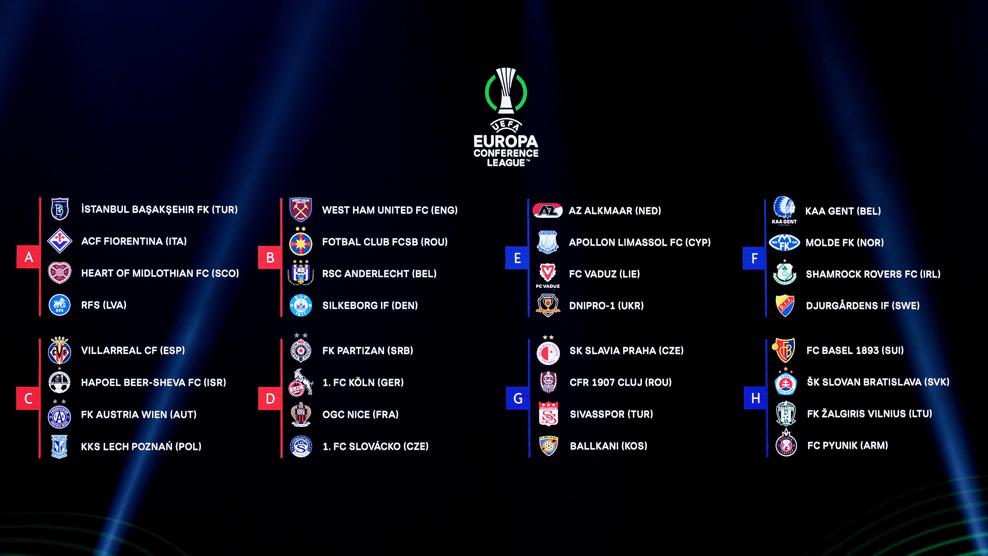 The 2022/23 UEFA Europa Conference League group stage draw took place from 14:30 CET on 26 August. It was staged in Istanbul, Türkiye.

The 32 teams were drawn into eight groups of four.

The group stage is played on Thursdays from 8 September to 3 November on the same night as the UEFA Europa League games, kicking off at 18:45 CET and 21:00 CET.

Group winners advance directly to the round of 16.

Group runners-up Progress to the knockout round playoffs, where they will face one of eight teams transferring from the UEFA Europa League having finished third in their groups.
You must log in or register to reply here.