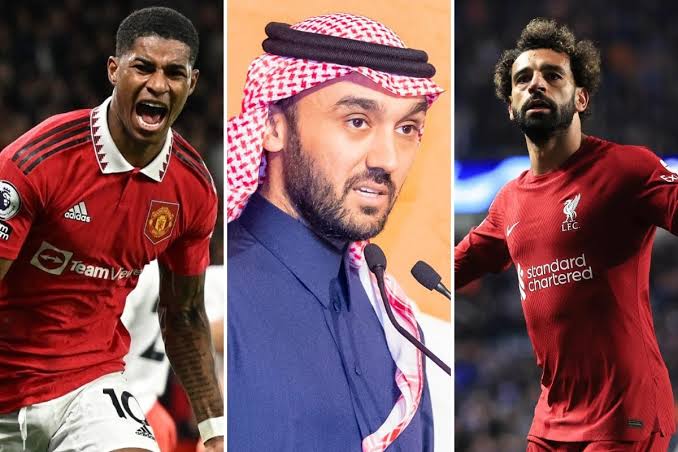 According to reports, Saudi Arabia's sports minister has affirmed that the country's government would "definitely support" any takeover bids for Manchester United or Liverpool from the private sector.

Two of England's most successful clubs could both be in new hands in the near future, with Liverpool owners Fenway Sports Group and the Glazer Family of Man United both announcing their intentions to sell.

FSG - spearheaded by John W Henry - initially claimed to be searching for new investors, but it has now been confirmed that the American firm would also consider a full sale.

Meanwhile, the widely-criticized Glazer family revealed that they would be entertaining offers for the club earlier this week, just after Cristiano Ronaldo's contract termination.

Speaking to BBC Sport at the World Cup, Prince Abdulaziz bin Turki Al Faisal has claimed that any bids from the Saudi private sector would be given support by the government.

"From the private sector, I can't speak on their behalf, but there is a lot of interest and appetite and there's a lot of passion about football," the Saudi minister said. "It's the most-watched league in Saudi and the region and you have a lot of fans of the Premier League.

"We will definitely support it if any [Saudi] private sector comes in, because we know that's going to reflect positively on sports within the kingdom. But if there's an investor willing to do so and the numbers add up, why not?"
Click to expand...

Ofline
I will stop following United if it's bought up to serve as a sportswashing project for a nation not respecting universal human rights.
Reactions: MartinGee

Varlot said:
I will stop following United if it's bought up to serve as a sportswashing project for a nation not respecting universal human rights.
Click to expand...

I agree. Newcastle is already owned by the Saudi's, buying Liverpool and Man United would be one too many
You must log in or register to reply here.