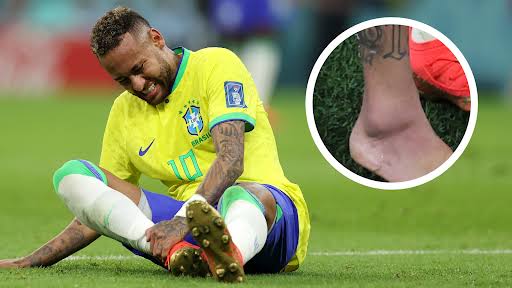 Paris Saint Germain superstar Neymar has described his latest injury setback as 'one of the hardest moments of his career' after being ruled out of Brazil's final two 2022 World Cup group fixtures.

The Selecao secured a 2-0 victory over Serbia in their opening Group G game on Thursday, but the win was marred by the injuries sustained to both Neymar and Danilo.

The Paris Saint-Germain star was on the receiving end of a strong challenge for Nikola Milenkovic midway through the second half, and he continued for 11 minutes before being withdrawn in the 80th minute.
Reactions: Bobby
You must log in or register to reply here.